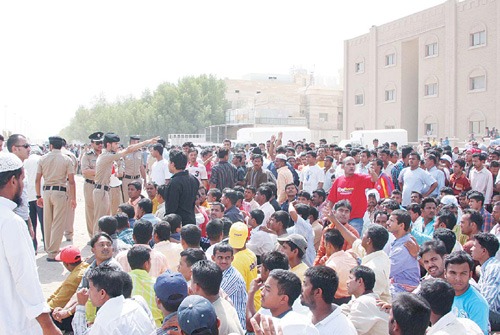 About 8,000 expatriates deported this year

About 8,000 expatriates were deported from the country in the year 2018 until May 15th, local media reported. According to report, this roughly works out to 59 detainees every day, reports Al-Qabas daily.

The report also said unlike earlier times, people who are arrested do not stay at the deportation center for more than a week in most cases. However, in some cases it depends of the availability of ticket and completion of documents.

The sources explained people who fall under this category for fast deportation are those arrested for staying in the country illegally, violators of labor laws, criminals caught for committing thefts or committing serious violations of traffic laws. However, the deportees do not include who have cases against them in court.

Expatriates who are caught because of financial claims against them remain in prison for a month or two until a court hears the case, report added.