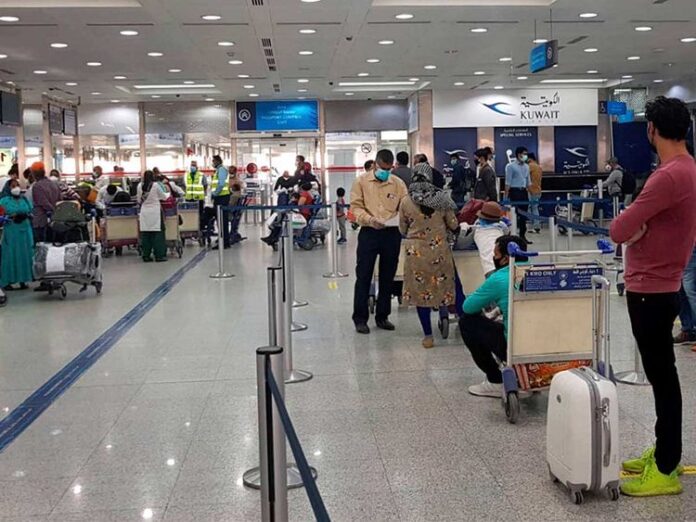 35,000 Indians to be repatriated from Kuwait

Around 35,000 Indians are planned to leave Kuwait for home on repatriation flights in two weeks’ time, according to reports. Indian nationals from Kuwait continue to leave the country to return to their homeland. Second phase was launched yesterday, which increased its daily quota from 1,000 passengers to 2,500 passengers on approximately 14 flights.

Kuwaiti civil aviation authorities have approved an Indian schedule to repatriate the 35,000 passengers aboard a total of 160 flights. They will fly home during the period of August 18-31, on 12 to 14 flights daily. Indian and Kuwaiti airlines will equally transport the passengers on daily flights. Flights depart to various airports in India including Amritsar, Hyderabad, Chennai, Kochi, Calicut and Bangalore.

According to sources, Sri Lanka too has requested departure flights for its citizens wishing to return to their homeland, as it will be decided within days of approval for 14 departing flights, and it is expected that the departing flights will start on this 22nd, to carry about 2,500 passengers from the Sri Lankan community either by two trips over a week or on daily basis one trip two continuous weeks.

Earlier this month, Kuwait announced suspending flights from 31 “high-risk” countries on instructions from Kuwaiti health authorities due to the global coronavirus pandemic. These include India, Pakistan, Egypt, the Philippines and Sri Lanka, all of whom have sizeable communities in Kuwait.

The Kuwaiti travel ban on flights from 31 countries was announced August 1, hours after the Kuwait International Airport partially reopened for commercial flights after a halt of nearly five months.