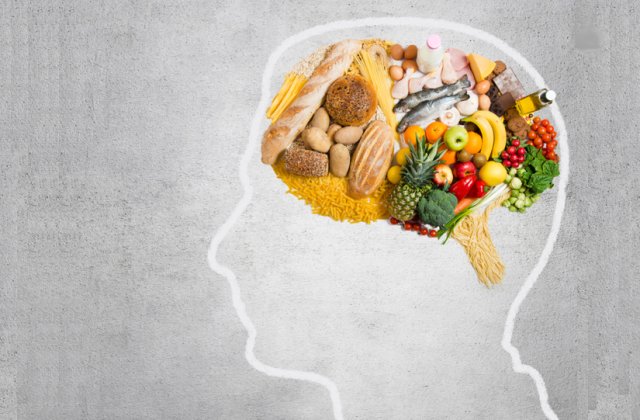 Your brain is kind of a big deal.

As the control center of your body, it’s in charge of keeping your heart beating and lungs breathing and allowing you to move, feel and think. That’s why it’s a good idea to keep your brain in peak working condition.

The brain is an energy-intensive organ, using around 20 percent of the body’s calories, so it needs plenty of good fuel to maintain concentration throughout the day.

The foods you eat play a role in keeping your brain healthy and can improve specific mental tasks, such as memory and concentration. So, here’s a list of 10 foods that does that:

Blueberries provide numerous health benefits, including some that are specifically for your brain. Blueberries and other deeply colored berries deliver anthocyanins, a group of plant compounds with anti-inflammatory and antioxidant effects.

Antioxidants act against both oxidative stress and inflammation, conditions that may contribute to brain aging and neurodegenerative diseases. Some of the antioxidants in blueberries have been found to accumulate in the brain and help improve communication between brain cells.

Eating more nuts and seeds may be good for the brain, as these foods contain omega-3 fatty acids and antioxidants. Nuts and seeds are also rich sources of the antioxidant vitamin E, which protects cells from oxidative stress caused by free radicals.

A 2014 study found that a higher overall nut intake was linked to better brain function in older age. As a person ages, their brain may be exposed to this form of oxidative stress, and vitamin E may therefore support brain health in older age.

Whole grains are packed with nutrients including protein, fiber, B vitamins, antioxidants, and trace minerals (iron, zinc, copper, and magnesium).

Eating whole grains is another way to benefit from the effects of vitamin E, with these grains being a good source of the vitamin. Whole-grain foods include: brown rice, barley, oatmeal, whole-grain bread, whole-grain pasta.

When people talk about brain foods, fatty fish is often at the top of the list.

Fatty fish are a good source of omega-3 fatty acids. Omega-3s help build membranes around each cell in the body, including the brain cells. They can, therefore, improve the structure of brain cells called neurons.

This type of fish includes salmon, mackerel, trout and sardines, which are all rich sources of omega-3 fatty acids.

Dark chocolate contains cocoa, also known as cacao. Cacao contains flavonoids, a type of antioxidant. Antioxidants are especially important for brain health, as the brain is highly susceptible to oxidative stress, which contributes to age-related cognitive decline and brain diseases.

Cacao flavonoids seem to be good for the brain. According to a 2013 review, they may encourage neuron and blood vessel growth in parts of the brain involved in memory and learning. They may also stimulate blood flow in the brain. The researchers concluded that eating this type of dark chocolate may improve brain plasticity, which is crucial for learning, and may also provide other brain-related benefits.

Avocados are a good source of B vitamins, which help you fight off disease and infection.

Thus, by reducing high blood pressure, the unsaturated fats in avocados may lower the risk of cognitive decline.

If coffee is the highlight of your morning, you’ll be glad to hear that it’s good for you. Two main components in coffee — caffeine and antioxidants — help your brain.

The caffeine in coffee has a number of positive effects on the brain, including:

Turmeric has generated a lot of buzz recently. This deep-yellow spice is a key ingredient in curry powder and has a number of benefits for the brain. Curcumin, the active ingredient in turmeric, has been shown to cross the blood-brain barrier, meaning it can directly enter the brain and benefit the cells there.

It’s a potent antioxidant and anti-inflammatory compound that has been linked to the following brain benefits:

Broccoli is packed with powerful plant compounds, including antioxidants. This fat-soluble vitamin is essential for forming sphingolipids, a type of fat that’s densely packed into brain cells.

A few studies in older adults have linked a higher vitamin K intake to better memory. Beyond vitamin K, broccoli contains a number of compounds that give it anti-inflammatory and antioxidant effects, which may help protect the brain against damage.

Enjoyed by many for breakfast, eggs can be an effective brain food. Eggs are a good source of several nutrients tied to brain health, including vitamins B6 and B12, folate and choline.

Choline is an important micronutrient that your body uses to create acetylcholine, a neurotransmitter that helps regulate mood and memory. Nevertheless, many people don’t get enough choline in their diet.

Eating eggs is an easy way to get choline, given that egg yolks are among the most concentrated sources of this nutrient.